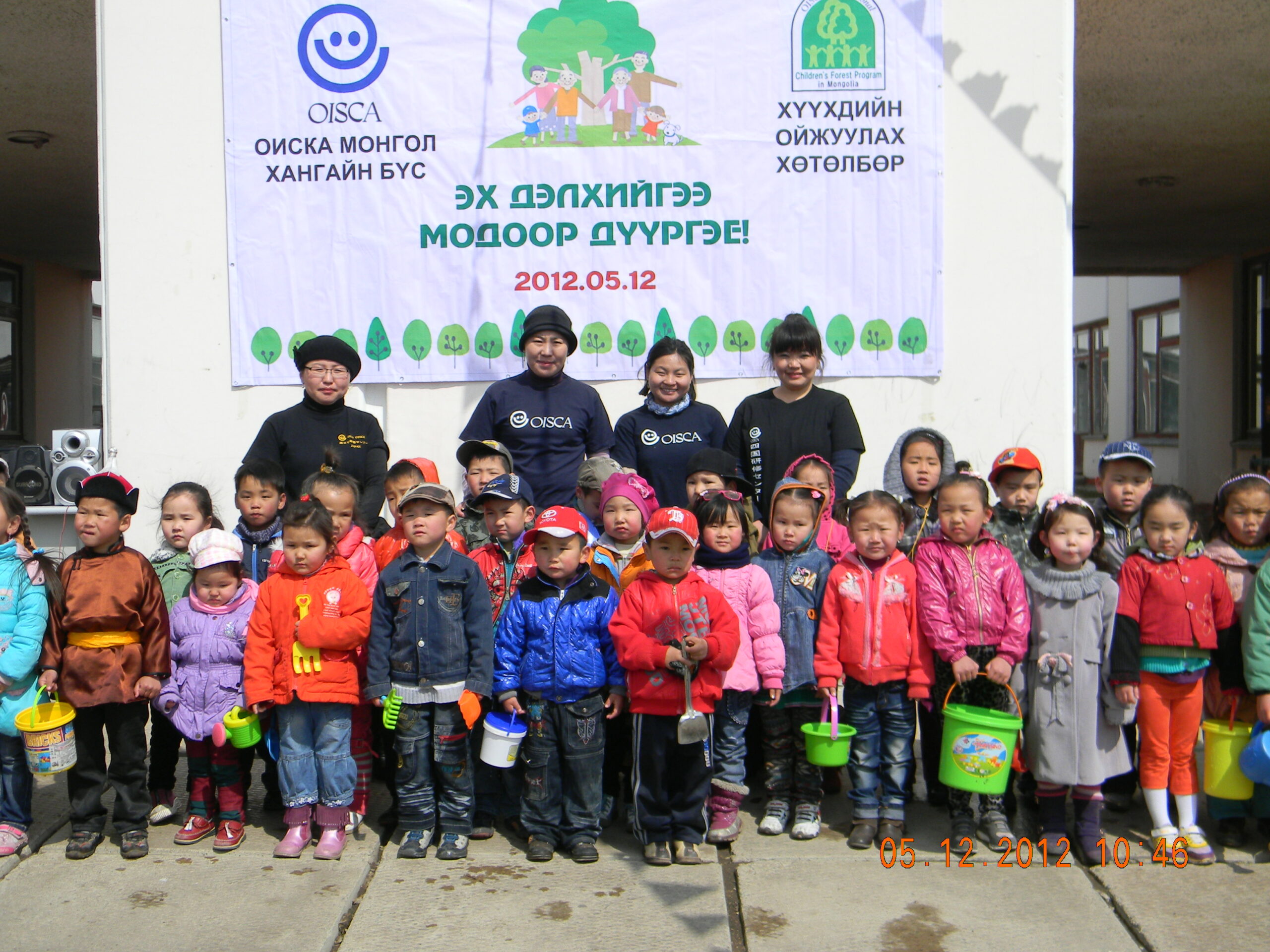 In June 2007, OISCA Mongolia Chapter was established. At first, tree planting activities were started in Dambadarjaa Park located in Ulaanbaatar, the capital. Then, agricultural development, environmental conservation and training in Japan of Mongolian trainees for the purpose of human resources development that would serve as a bridge with Japan, followed. Afterwards, Children’s Forest Program (CFP) was started mainly by former trainees who returned home. Many supporting organizations from Japan visited Mongolia and carried out tree planting activities and exchange activities with local residents, and that led to the mutual cooperation between the Japanese local government bodies and the Mongolian local governments. In 2016, the group of former OISCA trainees and the local government body of Selenge district, Bulgan Province located in the northern part, concluded an agreement for the purpose of forest management in the district, and started new activities.