On the 24th of April, OISCA organized a ceremony at the Headquarters to welcome the ten trainees from the developing countries of Asia and the Pacific, including Cambodia, Fiji, India (Tibet), Indonesia, Malaysia, Mongolia, Papua New Guinea and the Philippines.

OISCA’s President, Dr. Yoshiko Nakano delivered her welcome speech and mentioning the OISCA’s more than 50 years of working at grassroots level and integrating this experiences to create a sustainable community though the concept of Furusato Movement. Under the Capacity Building Program, agricultural training to empower the youths is one of the cornerstones of the Furusato Movement.

“Make use of the opportunity to acquire maximum skills and knowledge, as well as learn a lot from the Japanese culture as the country itself has dwelled on agricultural commodities for its people`s economic prosperity”, was the message of First Secretary Joseva Rokuta Vocea of the Embassy of the Republic of Fiji among the trainees.

As representative of her batch, Ane Tora from Fiji expressed her gratitude to Mitsubishi UFJ Financial Group for sponsoring the 11 months agricultural training at OISCA Nishi Nihon Training Center in Fukuoka, Japan.

Since the start of the OISCA/MUFG program in 2007, a total of 50 trainees were empowered and most of them are working on the sustainable development of their own respective communities. 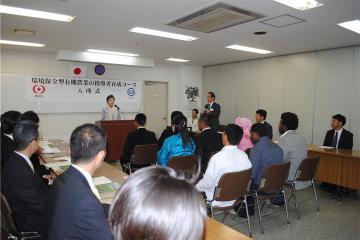 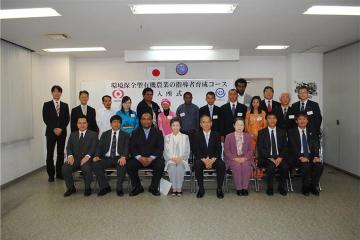 The six batch of OISCA/MUFG trainees
Get Involved