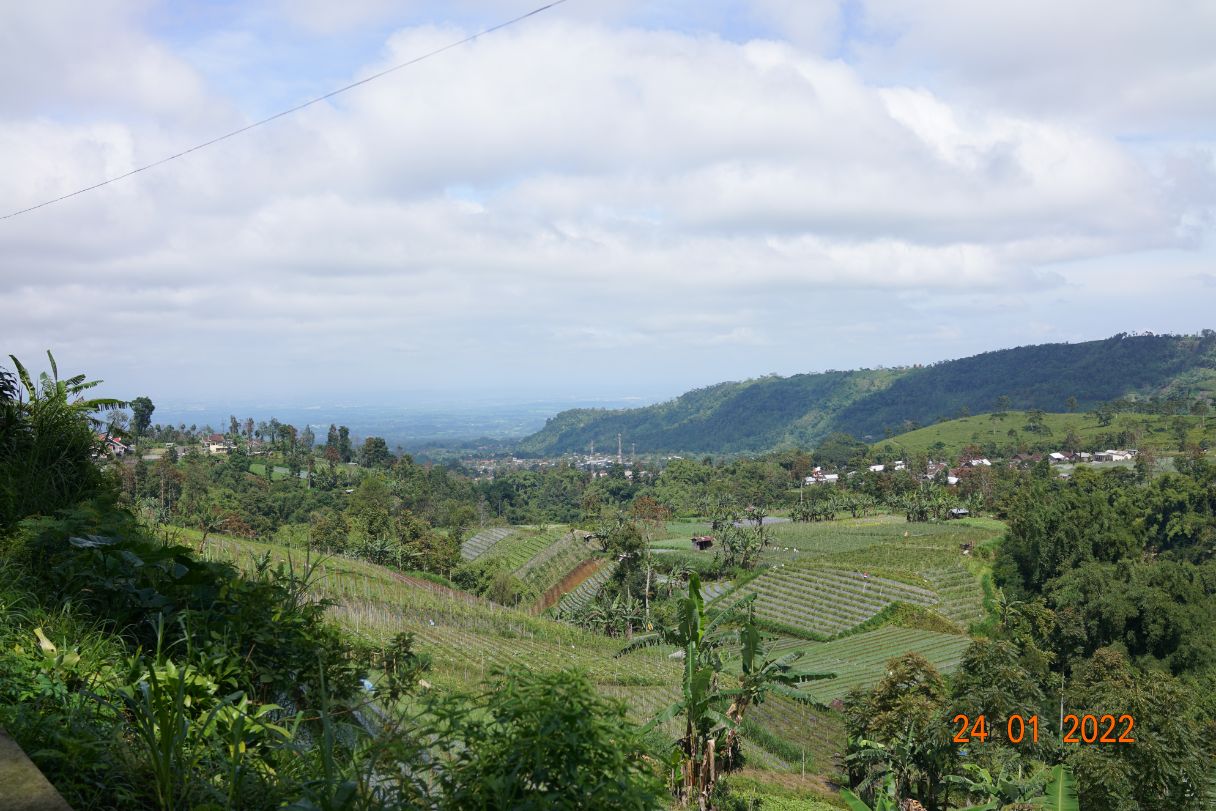 Planting Enhances Springwater and Health of Old Trees
On 24 January 2022, representatives of OISCA Japan visited a Yamaki Forest created at the breast of Mt. Lawu 15 years ago to observe the Forest now producing a lot of spring water gushing out from the foot of the wood.

Mt. Lawu, located in Karanganyar, Central Java, Indonesia, is 3,320 meters tall. A densely populated province, most cultivable land has people cultivating crops on their terraced and slope cropping fields to make their livelihoods. Farming and tourism industries thrive up to the mountain’s midway today.

In 2006, OISCA representative office and OISCA Karanganyar carried out a tree planting program at the mid-slope of the mountain, with financial assistance from Yamaki, a Japanese manufacturer of family Buddhist altars. The President of Yamaki intended to fulfill their social responsibility by contributing to the forestation since they consume a lot of wood to make Buddhist altars.

The afforestation also saved pine trees from an ailment. Some trees had been weak and about to die because of an attack by a specific type of harmful insect called Kabuto Dani (literal translation galeiform ticks). The tree planting organizer believes that increasing diversity invited natural enemies of the harmful insects and got rid of the harms. Another reason may be plausible: the increasing water stored near the roots of pine trees might have enhanced the health of the pine trees.