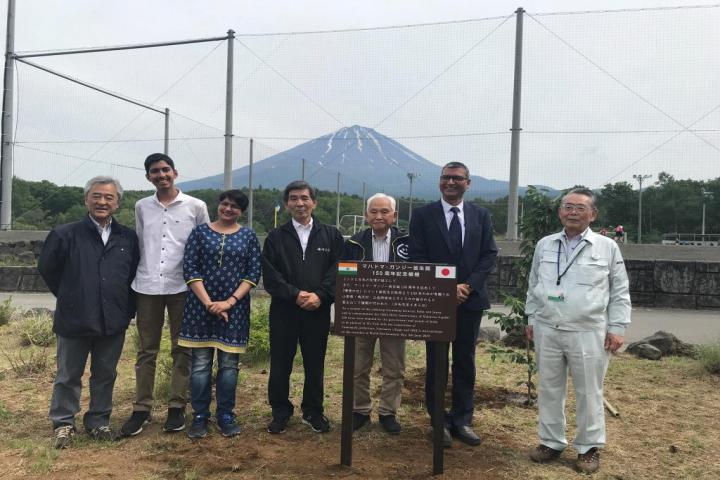 As a symbol of the enduring friendship between India and Japan, and to commemorate the 150th Birth Anniversary of Mahatma Gandhi, the government of India donated 150 trees to Japan. OISCA was designated as the organization to organize and implement a tree-planting program with the donation and in commemoration of the great Spiritual Leader. OISCA chose the tree planting ceremony take place at 1,600-meter above sea level of OISCA`s Mt. Fuji Reforestation Project, part of the UNESCO`s World Cultural Heritage. On June 5 (Wednesday), declared as the World Environment Day by the United Nations, with the cooperation of Yamanashi Prefecture, Narusawa Municipality and OISCA supporters, the event was participated in by schoolchildren, volunteers and officials of the local governments totally about 130 persons and planted 150 seedlings, including Japanese maple, wild cherry tree, and water oak.

On this tree-planting day, Indian Embassy was represented by Prof. Siddharth Singh, Director, Vivekananda Cultural Centre, Embassy of India and his family. Mr. Singh delivered a speech at the opening ceremony held at the site of planting, introducing Mahatma Gandhi’s spirit and environmentally benign lifestyles and social movement. He also emphasized that it was very significant to have schoolchildren from a nearby primary school participate in the event because their experience on this day would be a lifetime asset in multiple meanings; they actually planted trees, which will grow big as they mature as persons, they came close to and learned about Mahatma Gandhi, and were reminded of the importance of friendship and understanding between Japan and overseas countries including India. 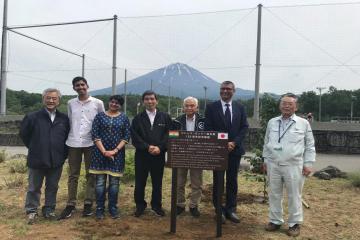 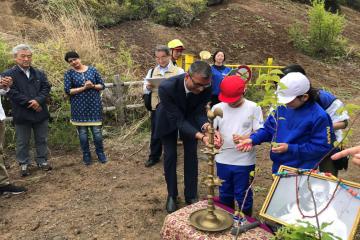 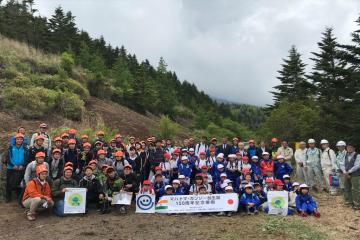 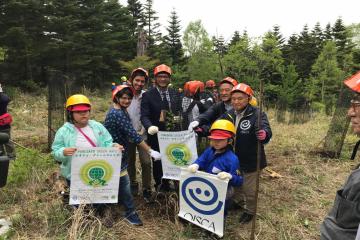 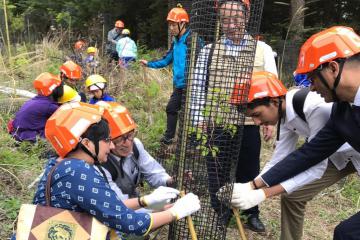 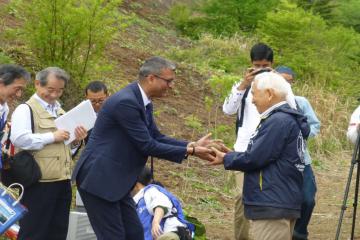 The governmnet off India donated 150 seedlings
Get Involved