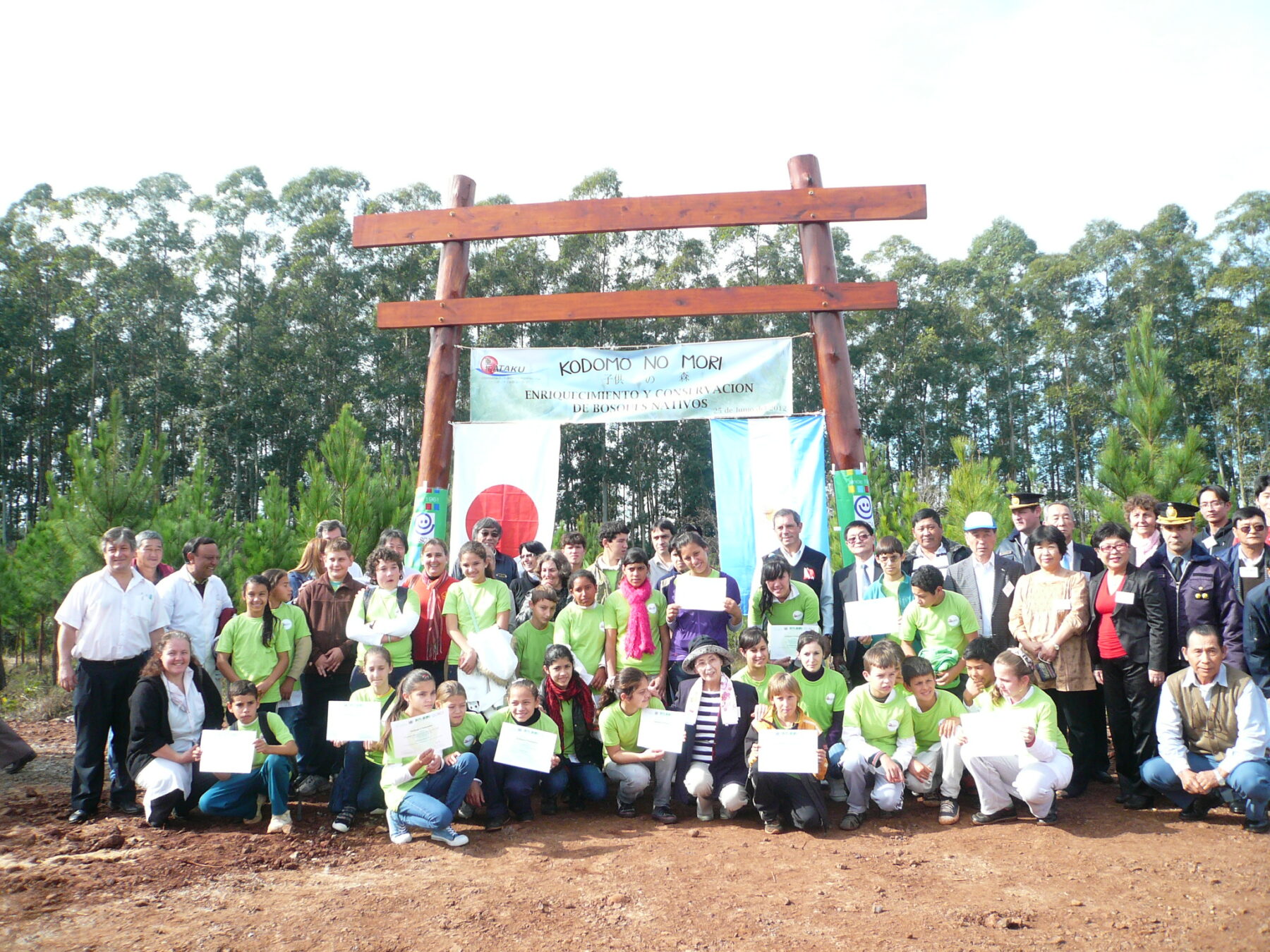 On June 25, 2012, a new Children’ Forest Program (CFP) was launched in Misiones, Argentina. This was made possible with the collaboration of the Argentine Cooperative of Colonization (ATAKU), a Japanese cooperative established in 1953 to help Japanese immigrants settle in the country.

The launching begun with an opening ceremony and was followed by a tree planting activity. This was held in the northern forests of Misiones Province leading to Iguazu Falls in the borders of Brazil and Paraguay, where Japanese immigrants settled. The said forest of about 120 hectares that has been maintained and preserved by the cooperative has been named as “ATAKU Forest”, and was also visited by OISCA President Yoshiko Nakano in October 2009. It was during this event that a commemorative tree planting activity was conducted, which later resulted in a growing movement towards “making the forest a place for parents and children to learn about nature” and “preserving nature for the future generations”. This significant initiative has been welcomed by the local citizens, and as a response, ATAKU took the lead in implementing CFP to involve the youths in caring for nature.

This memorable day was attended by more than 100 people, which included 50 children from 11 schools, teachers, parents and representatives from Igauzu Japanese Association from neighboring Paraguay, the Association for Coastal Reforestation from Natori City, Miyagi Prefecture, ATAKU and OISCA Japan. Moreover, the Municipal Mayor of Garuhape and the Vice Minister for Foreign Affairs of Misones province also came to join the celebration. The 11 participating schools were also presented with the “Green Wave 2012 Certificate” by OISCA President Yoshiko Nakano.

This launching in Argentina marks the 4th CFP country in South America along with Brazil, Paraguay and Uruguay, and is the 32nd in the world.

School teacher and students showing the ready to be planted seedlings. 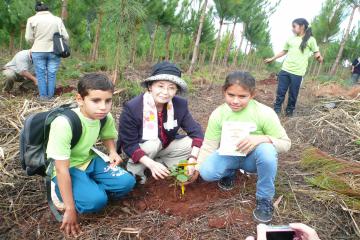 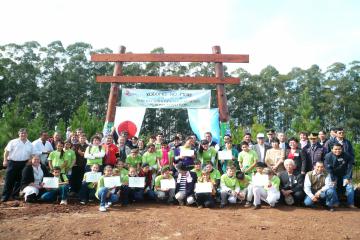 Participants of the CFP school launching in Argentina.
Get Involved