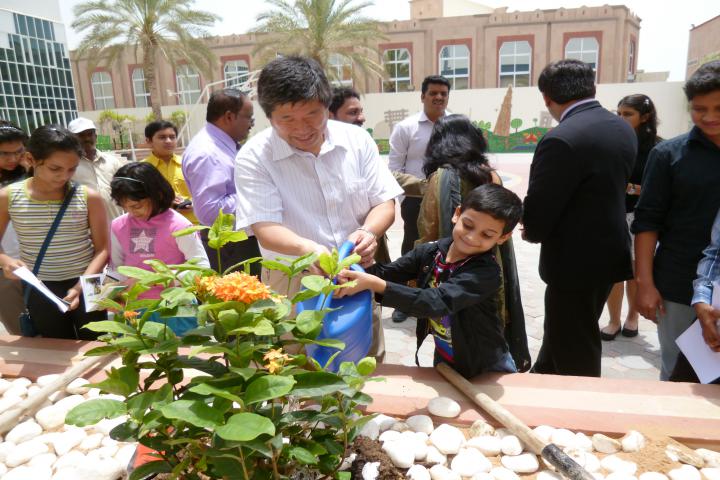 Everyone repeated the Oath to protect Mother Earth after Master Arbind Sanjay of Emirates International School, Jumeirah.  The Oath:   “I pledge allegiance to the Earth and all its sacred parts, Its water, land and living things and all its human hearts. By fostering a deep sense of connection to others and to the earth in all its dimensions, holistic education encourages a sense of responsibility to self to others and to the planet”. 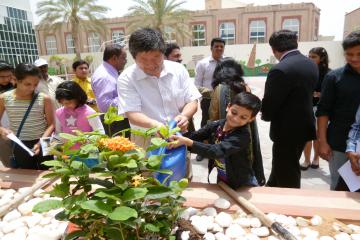 Secretary-General Nagaishi with the school children during the inauguration of CFP.
Get Involved