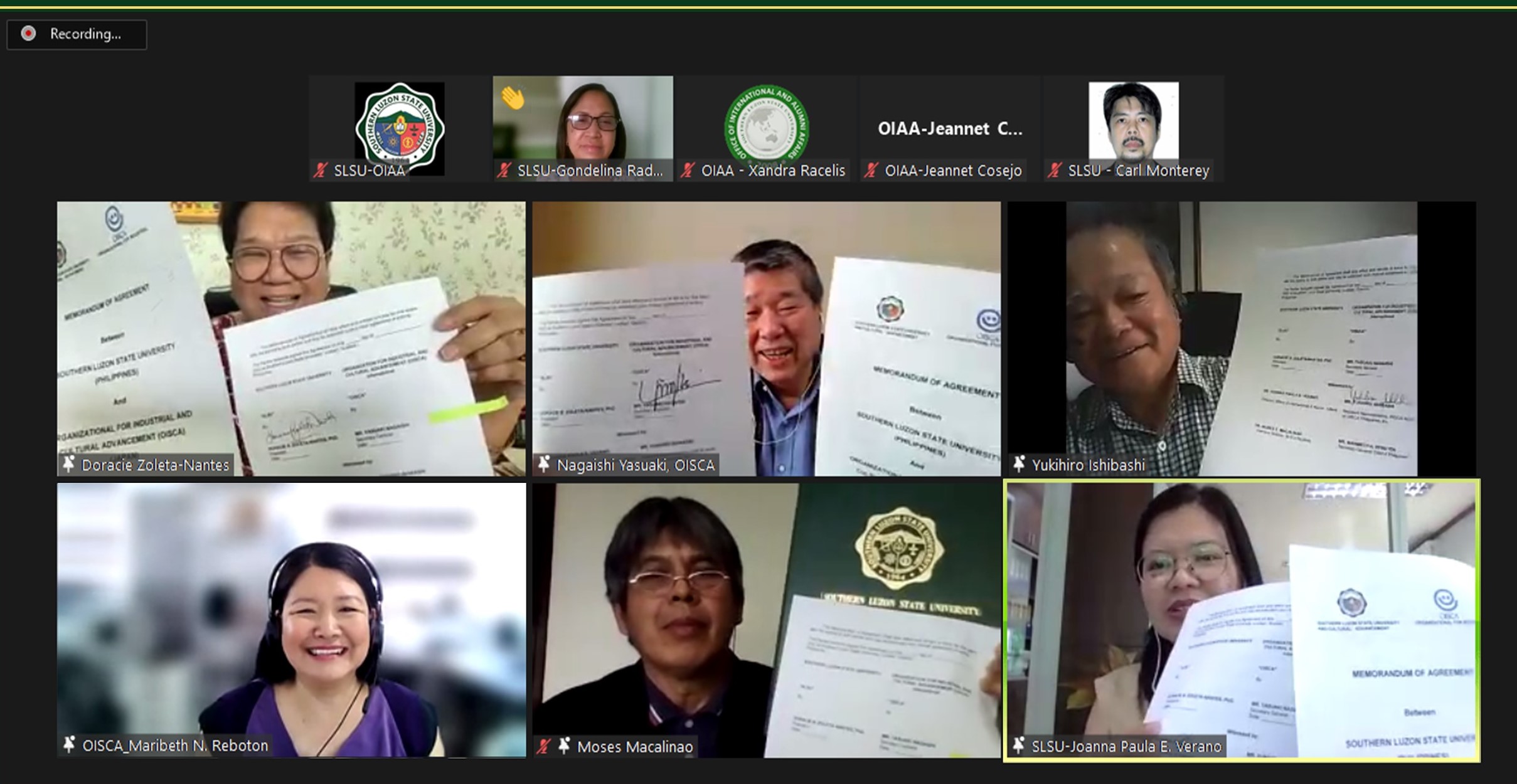 Through the partnership, Children’s forest Program, agricultural training programs for the youth and the young farmers, cultural social and spiritual exchange programs, recommending SLSU graduates for technical intern training in Japan, and providing personnel and technical cooperation in facilitating the partnership, will be implemented. The message of commitment and appreciation expressed by the officials of both parties had been even more meaningful when opportunities for the further development of human resources and upholding environmental sustainability toward integrated ecosystem sustainability were identified.

On the other hand, previous engagement of the university with OISCA which has benefitted SLSU students and alumni was presented by Dr. Macalinao as he served as the focal person with OISCA. SLSU is privileged to be cooperating with OISCA on its dynamic program and projects. This partnership which will be outstanding for five years will bring many opportunities to the faculty, students, and alumni of the College of Agriculture and to other members of the university community.