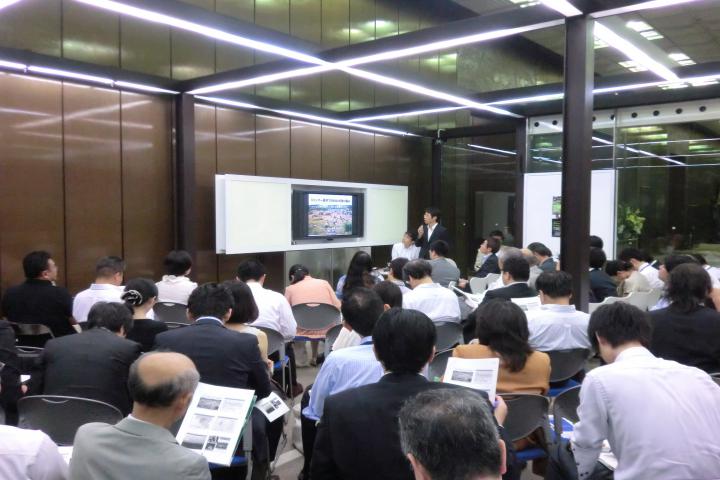 Jul 12, 2012
Known to be the “Last Frontier of Asia”, Myanmar has been gaining attention particularly among the business sector since the country`s recent political development. Triggered by this trend, OISCA organized a seminar at the World Bank Tokyo Office in on the 6th of July 2012.

Attended by 80 people including representatives from private companies, members of the academe and OISCA supporters, the issues face by Myanmar and the actions currently undertaken by OISCA to help address the issues were tackled by Mr. Toshihiro Kudo, Senior Researcher of the Institute of Developing Economies -Japan External Trade Organization (IDE-JETRO) and Mr. Keisuke Fujii, OISCA Resident Representative in Myanmar.

On Mr. Toshihiro Kudo `s presentation, he predicted that if Myanmar could sustain its 7% annual growth rate and with its natural resources, the country could reach the present economic level of Vietnam in 13 years and that of Thailand in 30 years.

Meanwhile, Mr. Fujii made a visual presentation of the projects implemented by OISCA since 1995 in the arid central region of Myanmar to address the problems face by the country including inadequate water supply and poor infrastructure, low standard of education and the continuous outflow of young workforce seeking better job opportunities in cities and abroad.

The projects implemented by OISCA in Myanmar include capacity building through the agricultural and technical training skills activities, community development and environmental conservation projects.

“Remarkable changes are gradually appearing in the lifestyle and perception of the rural people”, are the observation of Mr. Fujii reflecting on the recent political trends of Myanmar. 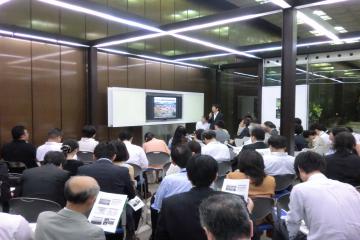 Participants of the organized seminar.
Get Involved