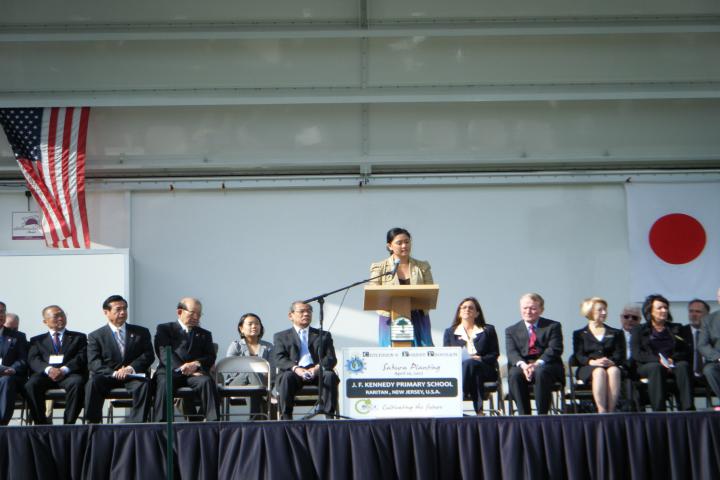 Apr 20, 2012
OISCA USA Chapter launched the first CFP School in John F. Kennedy Primary School in Raritan, New Jersey on the 10th of April and at the same time celebrating the 100 years anniversary after Japan introduced the first cherry blossom trees in America.

The one-hour ceremony was attended and witnessed by more than 100 participants including the Japanese and American dignitaries and JFK Primary student and who later on participated in the ceremonial planting of cherry blossom trees.

On his speech, US Congressman Leonard Lance told trivia about the famous cherry blossom trees spot in Washington D.C as a gift given by the former Mayor of Tokyo City to the wife of President William Howard Taft in 1912.

“Today`s event marks the launching of OISCA International`s Children Forest Program in America since its inception in 1991” says Mr. Masayuki Sugiura OISCA Japan delegation leader on his speech during the ceremony.

Angela Marie Z. Tayco, an alumnus of JFK Primary School and the current communications director for OISCA International USA Chapter said that the OISCA`s CFP is initiated to somehow combat the burgeoning problem of environmental destruction due to unsustainable usage of the environment which on her words “one of the greatest threats to future generations.

During the ceremony, JFK Principal Joseph Walsh presented the collection of haiku poems written by JFK students to the Japanese delegates. In return, the Japanese gave the school a horse figurine from Fukushima and key chains as a symbol of hope for the future made by 92-year-old Japanese woman affected by the March 11 tsunami.

Since 1991, OISCA has been implementing CFP worldwide to educate the schoolchildren and involve them in the actual environmental conservation and protection. With the launching ceremony in JFK Primary School in New Jersey, America is now officially the 30th and the latest country covered by OISCA through its CFP. 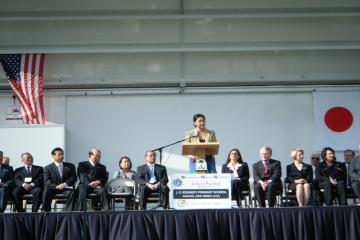 Ms. Angela Tayco rendering her speech during the ceremony. 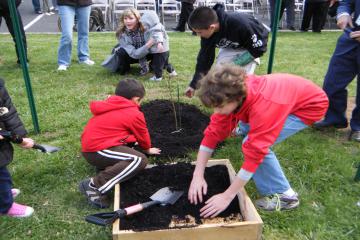 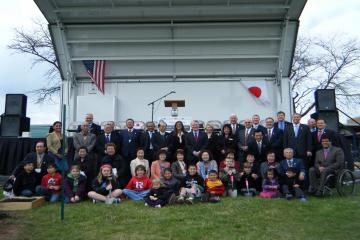 Japanese and American delegates during the launching ceremony of CFP in JFK Primary School.
Get Involved