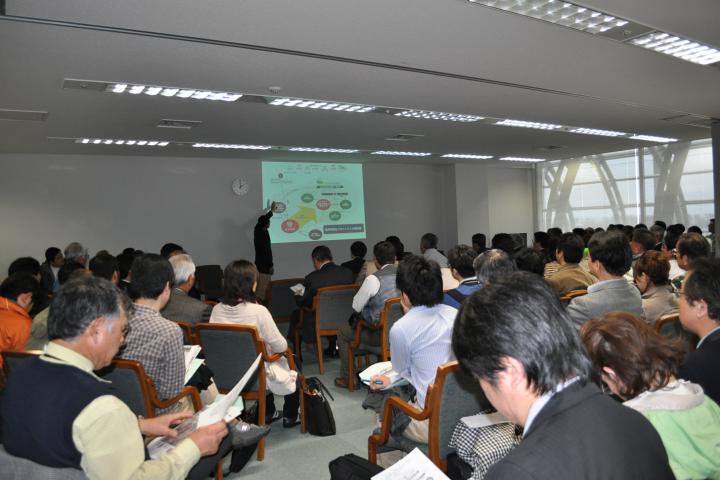 Apr 26, 2012
On the 28th of April, OISCA organized series of activities attended by 151 participants from the different sectors of society including government officials of Miyagi Prefecture, representatives of funding agencies/companies from Tokyo and locals of Natori City.

The event was officially started by the welcome speech of Dr. Yoshiko Nakano, OISCA President followed by the panel discussion (while showing the slide pictures taken during and after the March 11 disaster) by the people who have been directly involved in the project.

The panelists are the locals who have been directly hit by the tsunami and are now involved in the project producing black pine seedlings; members of the Miyagi Forestry Division who are providing technical skills among the locals especially in growing seedlings; and Mr. Toshimichi Yoshida who is the OISCA`s Project Manager and in charge in the overall mobilization and coordination of the various stakeholders.

“It is our priority to utilize seedlings produced within the locality to guarantee a more adaptive management” is the point given emphasis by Ms. Matsumi Gengo of Miyagi Forestry Division during the panel discussion.

In order to further understand the project, Dr. Kunihiro Seido presented among the participants the project background, actions currently undertaken by OISCA, initial outcome right after the start of the project and the future plans of OISCA. On his slide presentation, Dr. Seido stressed the need to use black pine species as the main reforestation material because it can still survive despite the poor soil and weather condition.

From the conference room in Sendai Airport, the participants made a 15 minutes bus ride to transfer to the project nursery to have a clear image and deep understanding of the project. The participants witnessed the traditional Japanese ritual and blessing ceremony performed by a Shinto priest for the success of the ten-year project.

After the blessing, the participants planted Ligustrum japonicum locally known as nezumimochi at the nursery perimeter which will serve as a protection of the soon to be growing black pine seedlings from the direct hit of strong winds. The participants were also asked to write messages in the distributed piece of woods that will soon to be put in the nursery. The messages will somehow serve as an inspiration to the locals and other stakeholders to work harder for the positive result of the project.

“Building of mounds is important as it will ensure the maximum infiltration of roots thereby preventing the easy uprooting and washing out of the future vegetation. Moreover, site elevation will prevent the problem of pooling of seawater in case tsunami will occur which will cause the withering of coastal vegetation”, are the important points said by Dr. Takehiko Oota, Professor Emeritus of University of Tokyo  as he pointed the elevated spots where the black pine trees are still standing despite being hit by tsunami.

After seeing first-hand and understanding the OISCA mission of restoring the coastal area of Natori, Mr. Kouchi Kohara of Maeda Corporation encouraged the participants especially the representatives of companies to support the project.

“Gone is our 300 million per annum livelihood after our greenhouses where we grow leafy vegetables been engulfed by the raging tsunami”, is the indirect appeal of Mr. Eiji Suzuki, President of the Association for the Reconstruction of Natori City to the event`s participants.

More than one year after the March 11 catastrophe, OISCA is working continuously in accumulating supports to somehow address the need of the people particularly of the people who are dependent to the coastal area of Natori City.

Several months since the official project inauguration, both quantitative and qualitative outcomes have been observed as manifested by the continuous increase of the number of locals involved in the project, establishment of nursery and germination of the first batch of sown seedlings and continuous pouring of support to the project. These outcomes inspire both members of OISCA and the locals to work harder to meet the objectives of the project. 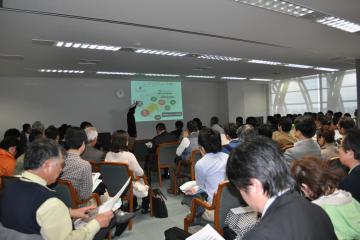 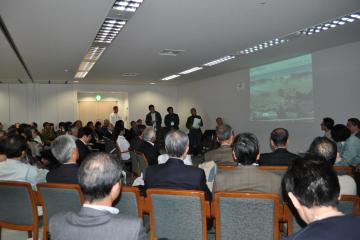 The locals showing how the raging tsunami wiped out the coastal area during the March 11 disaster. 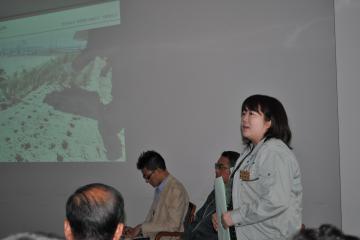 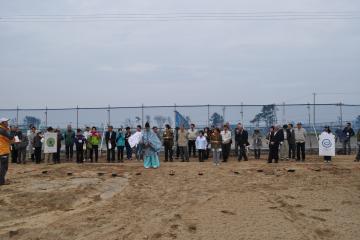 A Shinto Priest performing a local Japanese ritual for the success of the project. 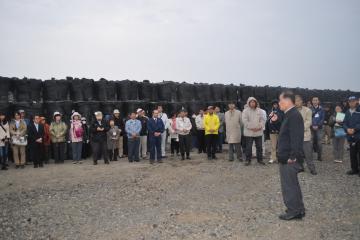 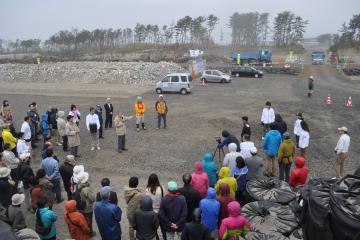 Dr. Takehiko Oota, Professor Emeritus of University of Tokyo pointing out the importance of building mounds prior to the tree planting.
Get Involved