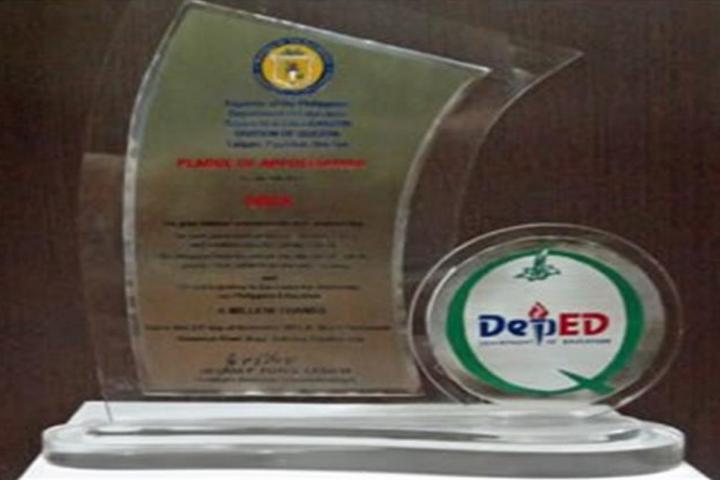 Nov 29, 2011The Department of Education (DepEd) of the Philippines, Division of Quezon awarded Plaques of Appreciation to government and non-government organizations that assisted the schools in the Province.  OISCA was one of the organizations that were presented with the award last 23rd of November 2011 in Tayabas City, Quezon Province.  Officers of Division of Quezon led by Ms. Gloria P. Potes, CESO VI, spearheaded the ceremony with “Volunteerism and Partnership” as this year’s theme.

This is the fourth year that the DepEd Division of Quezon has held this awarding ceremony to acknowledge the assistance of organizations.  This is the third time that OISCA is being honored by DepEd Quezon for our contribution to the cause for improving Education and for being one of the partners of DepEd Quezon.  OISCA and the Children’s Forest Program have forged a strong partnership not only with DepEd Quezon but also with the entire DepEd organization where we operate.

OISCA, through Children’s Forest Program has active presence in 16 schools in Quezon.  OISCA conduct Environmental Education and tree planting activities and establishment of mini-forests in schools.  For this fiscal year, OISCA has conducted environmental education sessions attended by at least 500 students, distributed books and supplementary school supplies to some of the students.  Since the start of program in Quezon Province, CFP has implemented programs in a total of 109 schools and together with the school children have planted at least 384,750 trees in mini-forests. 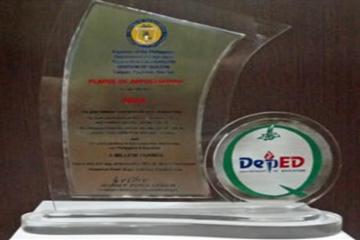