In a couple of months, it will be the 10th year since the Great East Japan Earthquake occurred on March 11, 2011 that devastated the Pacific coastal area of the Tohoku Region.

The Coastal Forest Restoration Project in Natori started by OISCA in cooperation with the Tsunami-hit local farmers in the wake of the Tsunami disaster which badly destroyed coastal forests in the areas including Miyagi Prefecture. The planting work of about 350,000 pine trees was completed last fall at the 100 hectares target site along the coast of Natori City.

A book was recently written in Japanese by a former journalist on this unique project OISCA has carried out for the past 10 years.  The author of the book is Mr. Shota Kobayashi, OISCA Advisor. He was formerly a journalist of the Nihon Keizai Shimbun (Nikkei), a leading business newspaper. Before assuming the OISCA position, he held such posts as Cultural News Editor and Editorial Writer. He also served as Bureau Chief in Paris and Vienna of the Nikkei.

He first covered the project as an active journalist and since 2016, was directly involved in the project as OISCA Advisor. To write the book, he energetically interviewed, not only OISCA officials in charge, but also more than 100 different people including disaster-affected local residents, national and local government officials, business leaders, academics, forestry specialists and workers, and volunteers who have been directly or indirectly involved in the project.

The title of the book is “Matsu Ga Tsunagu Ashita” (unofficial English title is Pine Trees Leading to Future Living) Mr. Kobayashi wrote the book with 233 pages, not as an official report, but objectively based on his independent observations and viewpoint.

Books can be ordered through the link below. 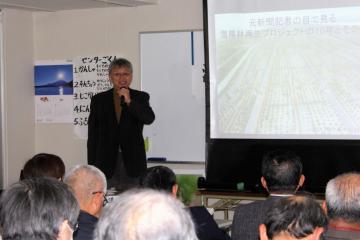 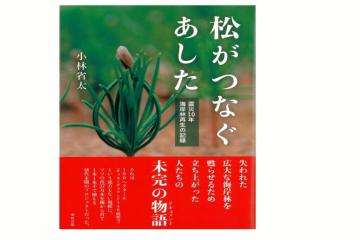 The book cover
Get Involved