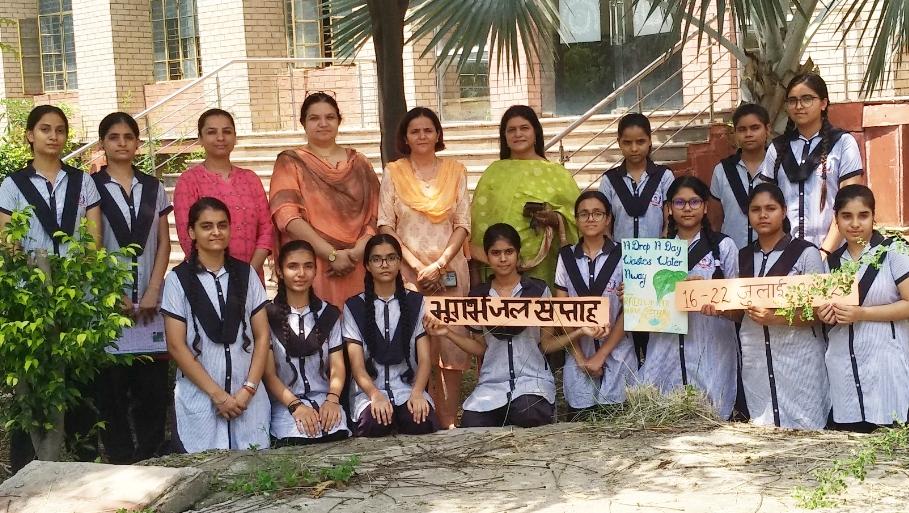 19th July, 2022,
CFP school – Savitri Bai Phule Balika Inter college, in Greater Noida, State of Uttar Pradesh conducted a special assembly to commemorate a week long programme on ’ SAVE UNDERGROUND WATER. The school organized various activities to raise awareness amongst the students like poster making, slogan writing , write up and poems , speech on the importance of rain water harvesting,  workshop was also conducted by the resource person who gave valuable suggestion to save and use of rain water.  Students also took pledge to Save ground water in the assembly.

India is the one of the largest user of groundwater in the world. It uses an estimated 230 cubic kilometers of groundwater per year – over a quarter of the global total. More than 60% of irrigated agriculture and 85% of drinking water supplies are dependent on groundwater.

Groundwater in India is a critical resource. However, an increasing number of aquifers are reaching unsustainable levels of exploitation.

The importance of groundwater for the existence of human society cannot be overemphasized. Groundwater is the major source of drinking water in both urban and rural India.

India is heading towards a freshwater crisis mainly due to improper management of water resources and environmental degradation, which has lead to a lack of access to safe water supply to millions of people.

Groundwater crisis is not the result of natural factors; it has been caused by human actions. During the past two decades, the water level in several parts of the country has been falling rapidly due to an increase in extraction. The number of wells drilled for irrigation of both food and cash crops have rapidly and indiscriminately increased

Groundwater is an integral part of the environment, and hence cannot be looked upon in isolation.

There has been a lack of adequate attention to water conservation, efficiency in water use, water re-use, groundwater recharge, and ecosystem sustainability.

Community awareness and management of freshwater resources should be enhanced.. Environmental restoration should be promoted along with household water security.

Renovation of forest tanks in drought-prone regions will have a significant impact on wildlife and forest cover. Similarly, in some urban cities there is a need to regenerate groundwater aquifers because of the high degree of dependence on them for drinking water. Rainwater harvesting schemes have been taken up in many cities and even made compulsory in some of them. All these will contribute to a rise in the groundwater level and a reduction of salt water ingress.