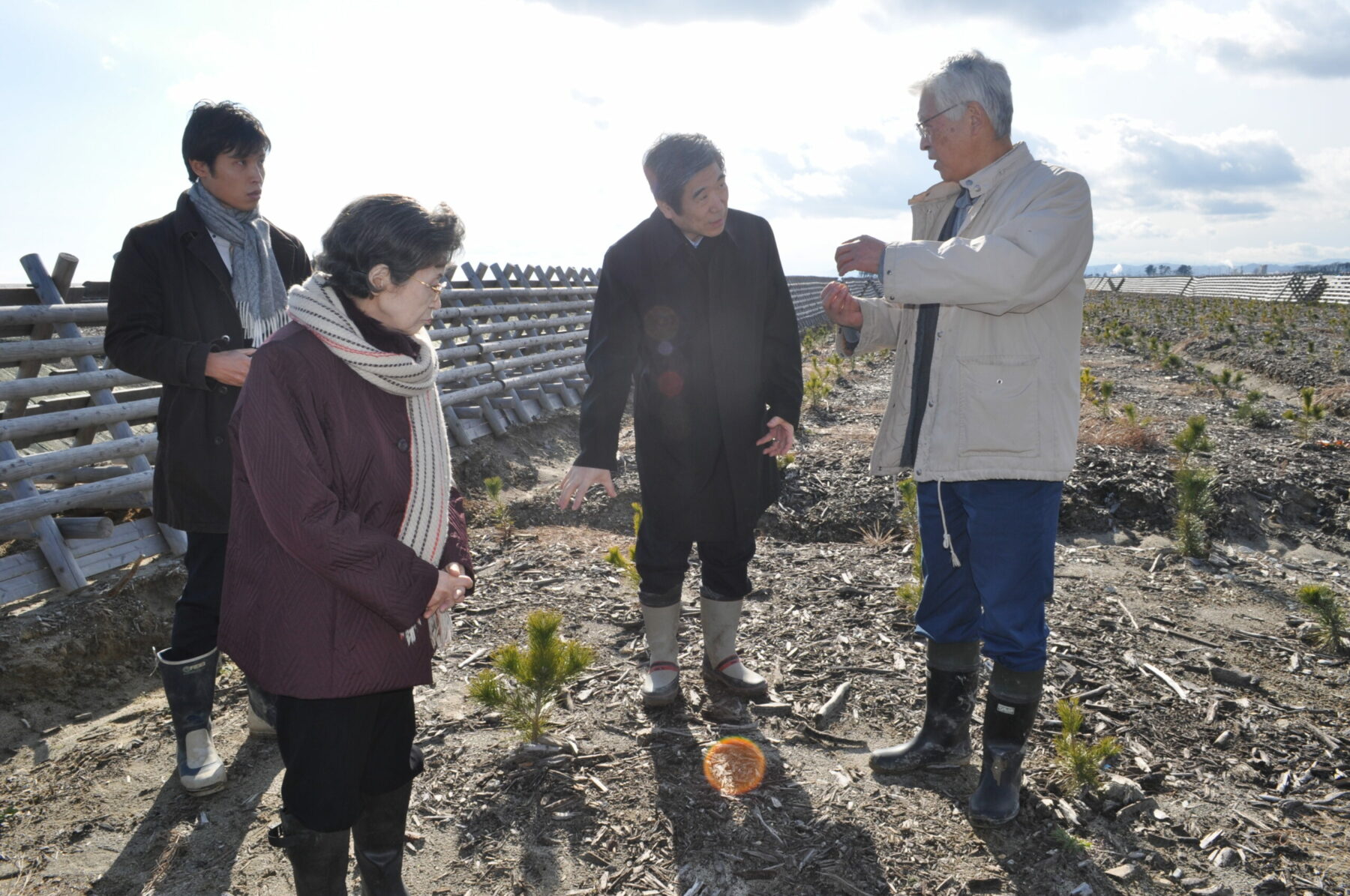 Dec 25, 2014
“It is first my time in Natori City and it is apparent that the reconstruction efforts are still ongoing three years after the Great East Japan Earthquake and Tsunami in March 11, 2011”, was the comment of Ambassador Kazuo Kodama, the Permanent Representative of Japan to OECD during his visit on December 22 in the Coastal Forest Restoration Project of OISCA in Miyagi Prefecture.

During the courtesy call to the Mayor`s Office of Natori City, Mayor Iso Sasaki expressed his gratitude to OISCA not only for helping in the immediate restoration of the damaged coastal vegetation but in involving the locals especially the tsunami survivors in the actual project implementation and decision making. This year, a total of 78,500 black pine seedlings were planted (75,000 seedlings in May and 3,500 seedlings in October) in the 15 hectares coastal area.

Since the project is still in its initial stage, OISCA is working on the project lobbying to promote and encourage further support. On the 28th of January 2015, a symposium will be held in Tokyo to present the progress of the project while on March 2015, OISCA will be participating on the 3rd United Nations World Conference on Disaster Risk Reduction in Sendai through organizing tours to show the project. 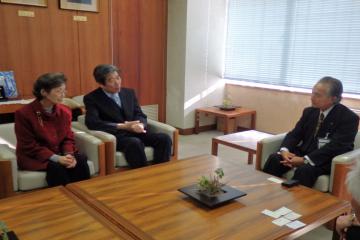 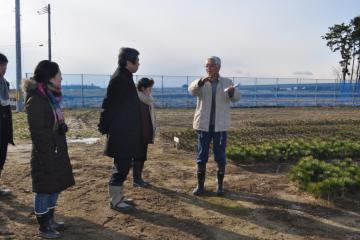 Explanation of the ideal sizes of black pine seedlings ready for transplanting. 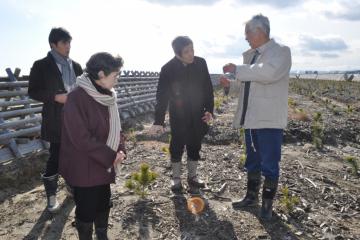