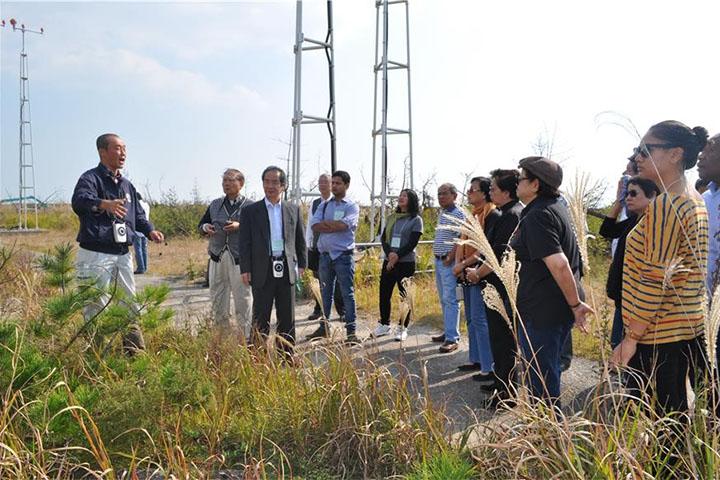 “There is a need to convince the political leaders to create bills or policies to further strengthen the awareness of the society” is the statement of Datuk Ibrahim Ahmad, Vice President of OISCA International Malaysian Chapter (OIMC) during the two-day 2012 OISCA International Annual Board of Directors` Meeting in Tokyo on the 23rd of October.

Moreover, Datuk Ibrahim who is also the Director-General of Majilis Amanah Rakyat (MARA) proposed to further deepen the collaboration of MARA and OISCA through the Second Business Matching Forum which will be held in Kuala Lumpur in July 2013. In front of the 50 other Board of Directors and Representatives from the 12 OISCA National Chapters, he suggested to utilize the OISCA`s network as marketing platform for the proposed forum which will focus on education, entrepreneur and investment.

Meanwhile, Professor Ryokichi Hirono, Council Member of OISCA Japan, emphasized the need for the national chapters to mainstream the organization`s Furusato Movement as its concept is relatively the same with the sustainable development during the discussion of how OISCANs will act from 51st year Towards Sustainable Furusato Movement.

“There is a need to establish and standardize the membership dues guidelines which have been sanctioned by the Headquarters”, is the comment of Mrs. Thelma Watanabe of OISCA Philippines on the issue of how to vitalize OISCA Chapters.

Secretary-General Yasuaki Nagaishi of OISCA International pointed out the need of sharing the responsibilities in terms of funding among the Headquarters, host country and other participants when the issue of reviving the OISCA`s Asia Pacific Youth Forum as an effective way to appeal OISCA activities to the global community.

The two-day event was ended with the “International Forum on Disaster Reduction through Environmental Rehabilitation” attended by various Japanese company representatives supporting the OISCA Coastal Forest Restoration Project in Miyagi Prefecture. To further deepen the understanding of the international participants on the development of the coastal restoration project, OISCA Headquarters organized a tour in Miyagi Prefecture on the 26th of October. 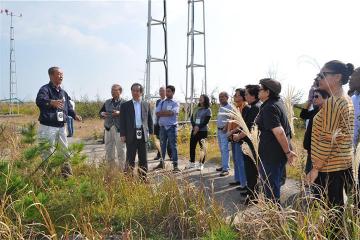 Mr. Toshimichi Yoshida explaining the need to restore the damaged… 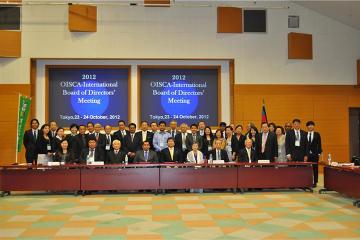 The participants of the 2012 OISCA International Board of Directors`… 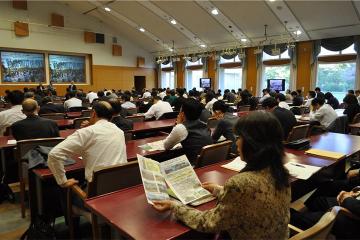 The Japanese and International participants of the forum that… 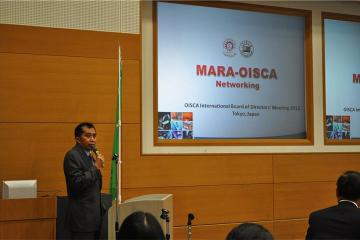