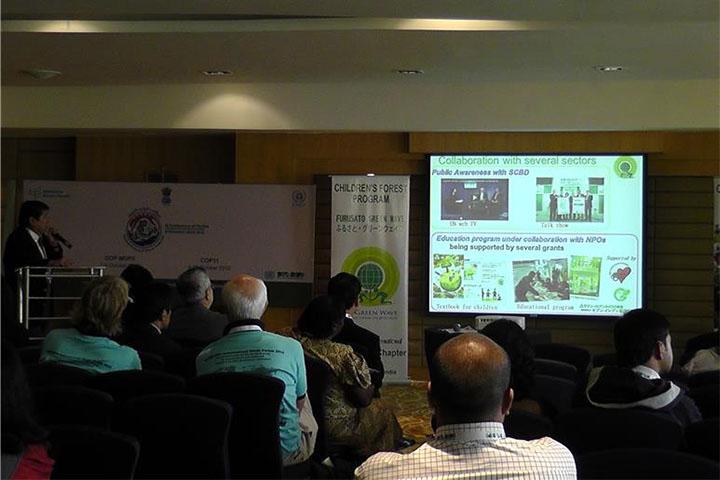 Nov 2, 2012
More than 9,000 participants from the 172 member countries of the parties to the Convention on Biological Diversity, including the government officials, representatives from the United Nations, NGO`s and other CSO`s, indigenous groups and business sector gathered at Hyderabad International Convention Center in India from October 16 to 19.

On the 11th Conference of the Parties to the convention on Biological Diversity (CBD COP 11), the world`s governments have unanimously decided to increase funding in support to put an end to the rate of loss of biodiversity.

OISCA International took the opportunity to showcase its projects and activities through the side event organized by OISCA South India Chapter spearheaded by Secretary-General Aravind Babu on the 17th of October.

Meanwhile, Secretary-General Yasuaki Nagaishi of OISCA International made a presentation on the 19th at the side-event organized by the CBD about the program undertaken by the OISCA, including the Children`s Forest Program and joining the Green Wave Campaign initiated by CBD in order to raise awareness among the youths in terms of biodiversity conservation. In front of the 100 participants including the youth members and children of Germany and India, Secretary-General Nagaishi emphasized the importance of youth’s cooperation and involvement to prevent the gradual loss of biodiversity.

A proposal was submitted to the Executive Secretary of CBD, Dr. Braulio Ferreira de Souza Dias requesting the further strengthening of the existing cooperative ties of relationship between OISCA and CBD to create an ecologically sound environment for the children to convene and discuss the appropriate actions and be part so as to achieve sustainable development. 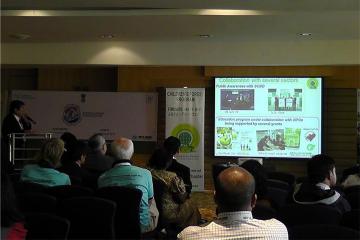 Secretary-General Nagaishi explaining the activities undertaken by OISCA to the participants. 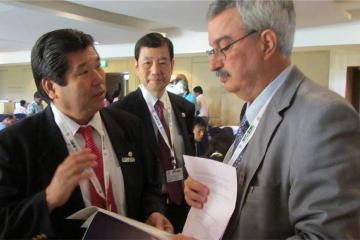 Secretary-General Nagaishi with KEIDANREN`s President Mr. Masatoshi Sato explaining the content of the OISCA`s proposal to Executive Secretary Dias of CBD.
Get Involved