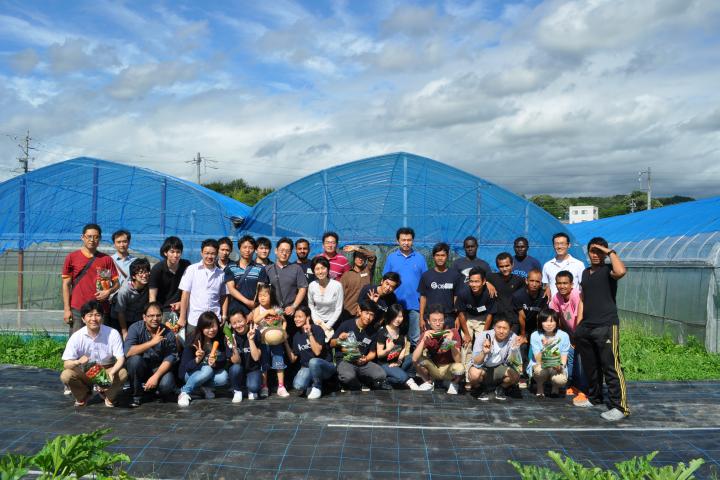 Jul 23, 2012
OISCA invited and selected four former trainees of the OISCA/MUFG agricultural joint program to undergo three weeks of intensive follow-up training course from the 2nd to the 20th of July held in Tokyo, Aichi and Fukuoka Prefecture.

“I am expecting that the four selected former trainees will learn; acquire new ideas and gain first-hand insights on the system of cooperation/collaboration among the different groups involved in an attempt to revitalize the rural communities of Japan with its existing natural resources and aging population. I am hoping that they will realize how to materialize such learning on the further improvement of their activities in their own countries”, said by Mr. Toshiyuki Toyoda, Chief of the Training Division in OISCA Nishi Nippon Training Center.

“I will introduce planting of olive trees as one good source of livelihood to the group of people that my NGO is supporting” is the statement of Ms. Arjina after learning the high value of olive oil from their visit to Ukiha City in Fukuoka Prefecture.

Aside from visiting various rural agricultural industries, the four former participants show their current activity presentation mostly in front of the members of MUFG and OISCA mainly to show the impact of their one year of agricultural training in Japan for the improvement of the living condition of their fellow countrymen.

Since 2008, a total of 40 graduates were empowered through the OISCA/MUFG Special Training Course. This year nine trainees from the nine different countries are expected to follow the steps of Ms. Sovanna, Mr. Jerome, Ms. Arjina and Mr. Rana and be the future leaders who will initiate development to their own respective countries. 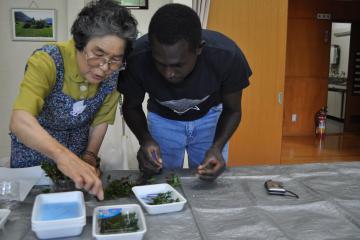 Jerome during the experiential training while observing the system of the small local industry in Asahi Village, Aichi Prefecture. 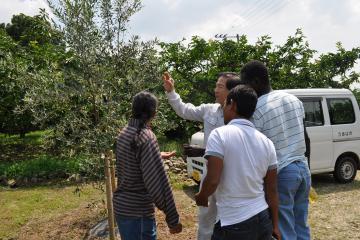 The participants while visiting a small-scale olive plantation in Ukiha City, Fukuoka Prefecture. Group photo in the demo farm of OISCA Chubu Nippon Training Center with the MUFG staff and trainees.
Get Involved