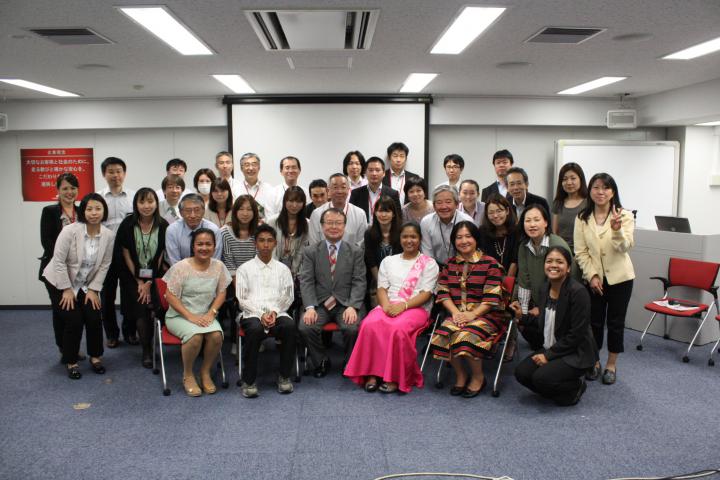 May 23, 2012
In celebration to the 20th Anniversary since the inception of OISCA Children`s Forest Program (CFP), OISCA Headquarters organized the CFP Goodwill Ambassadors Program which was held from May 9 to 20 in Japan.

The two-weeks program was joined by 19 participants consist of (10 CFP students/CFP Goodwill Ambassadors, five CFP school teachers and four CFP Coordinators) who are directly involved in the CFP activities of OISCA in Fiji, India, Indonesia, Philippines and Thailand.

“It was so great to experience a new life in a new environment”, said by Ratu Varayame Tuilakeba, CFP Ambassador from Fiji.

“After visiting the coastal areas affected by the tsunami, I learned that the power of nature is beyond imagination. It can be beautiful and charming than it can also be destructive. Everything has its limit and if you cross that limit it will break and we have to pay. How much can mother earth take? So we should not interfere in nature`s balance and should try to be friendly with it” is the comment of Rajat Agarwal of India after their visit to the project site of OISCA in Natori City, Miyagi Prefecture.

After few days of constantly being together, the participants realized that despite their differences in cultural background, religious beliefs and demographical location, as they were educated and been involved in the environmental conservation and protection of OISCA through the CFP, they are bound to their commitment in saving the earth from further destruction.

The output of the program will be presented at the Rio+20 (the UN Conference on Sustainable Development) which will be held in Brazil this June.

May 20 Participants departure from their respective countries 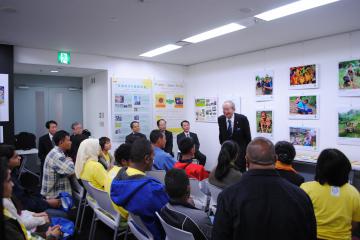 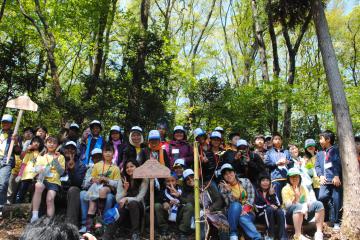 Photo-op after the tree planting activity in AEON Forest. 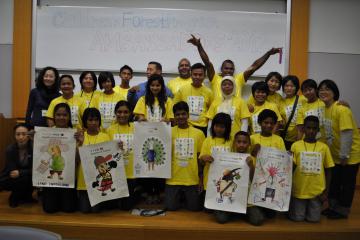 Participants of the CFP Goodwill Ambassadors. 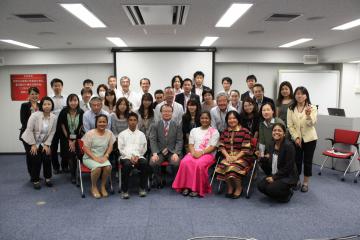 Filipino Participants with the staff of Mitsubishi Company (company that supports CFP activities in the Philippines). 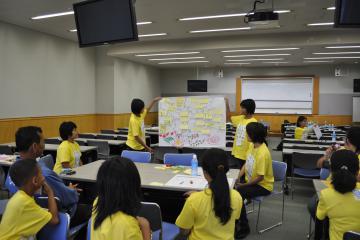 Thailand CFP Goodwill Ambassadors presenting the actions that they need to undertake further for the conservation of Mother Earth. 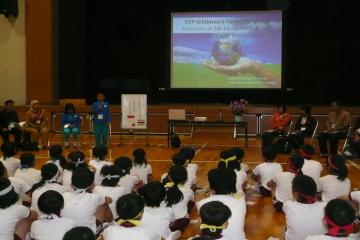 Jabal of Indonesia presenting among the Japanese students the CFP activities in his school. 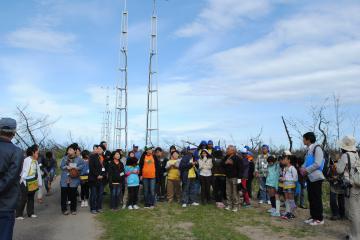 Participants while visiting the devastated area damaged by tsunami in Natori City, Miyagi, Prefecture.
Get Involved