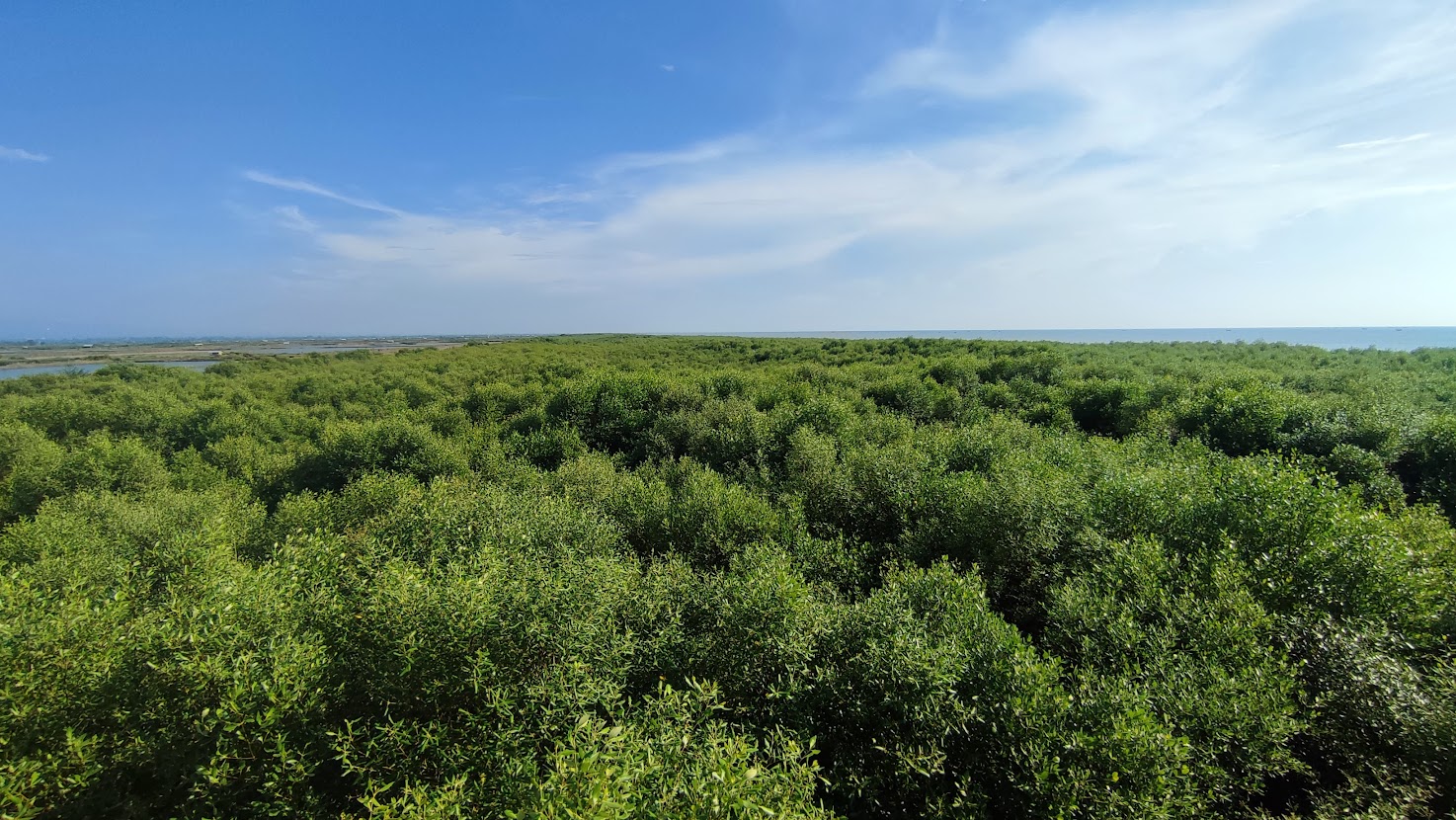 August 9, 2022
Indonesia is known to be the home to more than 91 species of mangroves with its tropical climate suitable for their habitat. More than 23% of mangroves in the entire globe is concentrated in Indonesia alone. Historically, its rich diversity has provided villagers in the coastal communities with vital resources to be used for making their lives, such as construction materials, firewood, fishing spots, etc.

The sustainable living with mangroves began to change largely because of the growing demand for shrimps in the local as well as overseas markets, which propelled the cutting of mangrove forests to be transformed into aqua fishery ponds. The tendency driven by the high market needs contributed to the reduction of mangroves by 32% over the period of 1980-2000. Thus, the ecosystem services provided by mangroves that used to benefit the communities gradually vanished as the acceleration of lodging and transformation of lands.

Currently, the coastal communities are facing serious environmental threats due to the disappearance of mangroves. One of the most serious problems is abrasion in the coastal areas. The strong waves directly hit the land soils and gradually grind the surface of land which used to be protected with the mangroves roots. Communities in Demak and Pati regencies frequently experienced the severe drought and the vandalization of sea waters into their communities, and some of the villages already sank under the sea water, leaving the villagers forced to relocate their habitats. It is a matter of time that the existing threats be urgently solved in some ways.

Against the backdrop of degrading coastal environment, OISCA-International started its coastal rehabilitation programs in Indonesia since 1999 to protect the coastal communities by replanting mangroves. The uniqueness of the project is that from the beginning OISCA has adopted the ECO-DRR (Ecosystem based Disaster Risk Reduction) concept to take advantage of the mangrove ecosystem for the purpose of disaster risk reduction. Thus, the planted mangroves will be regarded by the people as the important asset whose existence serves for the security of the coastal villages.

Over the past 20 years of the efforts in 7 regencies in Java island, more than 3300ha of mangroves have been revived and now thrive in its richness of biodiversity to benefit the people in various ways. For example, some communities feel the reduction of the impact of strong waves and winds that previously damaged their houses and agricultural products. Other communities enjoy the ecosystem services of mangroves in the form of harvesting softshell crubs, shrimps, fish, those grown in the forests. Now the villagers also work on livelihood improving activities such as batik making (Indonesian traditional cloth) using the mangrove dye, organic apiculture, coffee making, and ecotourism by utilizing the sub-product of the reforestation project.

The illegal lodging and the changeover of the coastal lands  into fishery ponds are being controlled more actively than the previous times as more people as well as the governmental organizations are becoming aware of the benefits of the mangrove forests that are closely related to the local economy. As conservation of the mangroves are left up to the people involved in the coastal communities, it is imperative that they continue to work on the conservation for the sustainable usage of the mangroves planted.

The coastal rehabilitation programs have not yet ended, but will continue for decades more. OISCA-International will work on the programs together with various stakeholders to revive the greenness of the coasts and assure the livelihood of the communities in Indonesia.