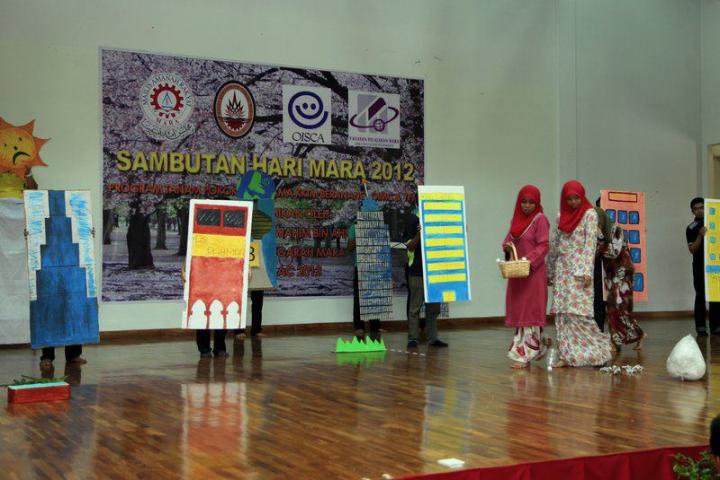 Mar 22, 2012
The Honorable Datuk Ibrahim Ahmad, Vice-President of OISCA International Malaysian Chapter and Director-General of Majilis Amanah Rakyat (MARA) spearheaded the launching of Children Forest Program (CFP) to all the MARA Educational Institutions on its 46th Anniversary on the 15th of March. MARA is an agency of the Ministry of Rural Development of Malaysia established on March 1, 1966.

The CFP was launched as part of the Green Earth Campaign of MARA in Kolej Kemahiran Tinggi MARA (KKTM-Beranang). It was made in the presence of 140 participants including Senior Government Officials, students of KKTM-Beranang, Pusat Bahasa MARA-OISCA, Yayasan Pelajaran MARA and Alumni of MARA-OISCA.

Other than the tree planting ceremony, the participants were exposed environmental conservation activities and Japanese culture through the presentation performed by the MARA-OISCA students.

Since 1967, OISCA has been collaborating with MARA to uplift the technical capacity of the Malaysian youths by inviting them to undergo industrial training in Japan. Since the start, a total of 1,000 Malaysian trainees have been empowered through this partnership. 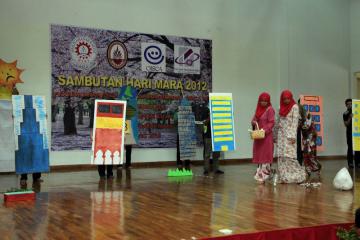 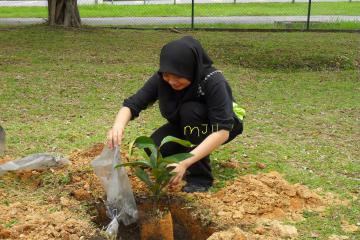 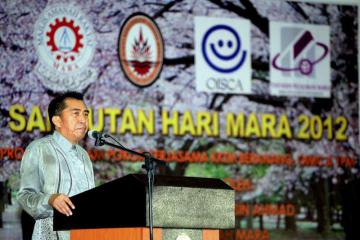 Director General YBhg Datuk Ibrahim B Ahmad rendering his speech during the ceremony.
Get Involved